In Fat Dogs and Welsh Estates, I talk about the delicious meals we were given as children, ahem, except for our school chef. His dire culinary offerings typically came from cans and packets.

Generally home-grown or locally sourced, Ma’s ingredients were gathered from the kitchen garden, land and sea. We ate like kings, although that perhaps doesn’t describe the origins of Welsh cuisine accurately. It wasn’t until later that I learned more about the essence of traditional Welsh cooking.

Welsh recipes passed down the generations among country folk were intended to sustain quarrymen, coalmen, farm labourers and their families. Mindful of our climate and the long working hours many people endured, meals were simple and hearty, though not lacking in variety or flavour.

As for my favourites? It’s impossible to say. Instead, I offer you a selection of sweets and savouries I loved as a child, together with some Welsh culinary heroes. I have included links for each recipe below, but don’t stop there. The links also provide details on several other dishes and snippets about our gastronomic history, so they’re worth exploring. 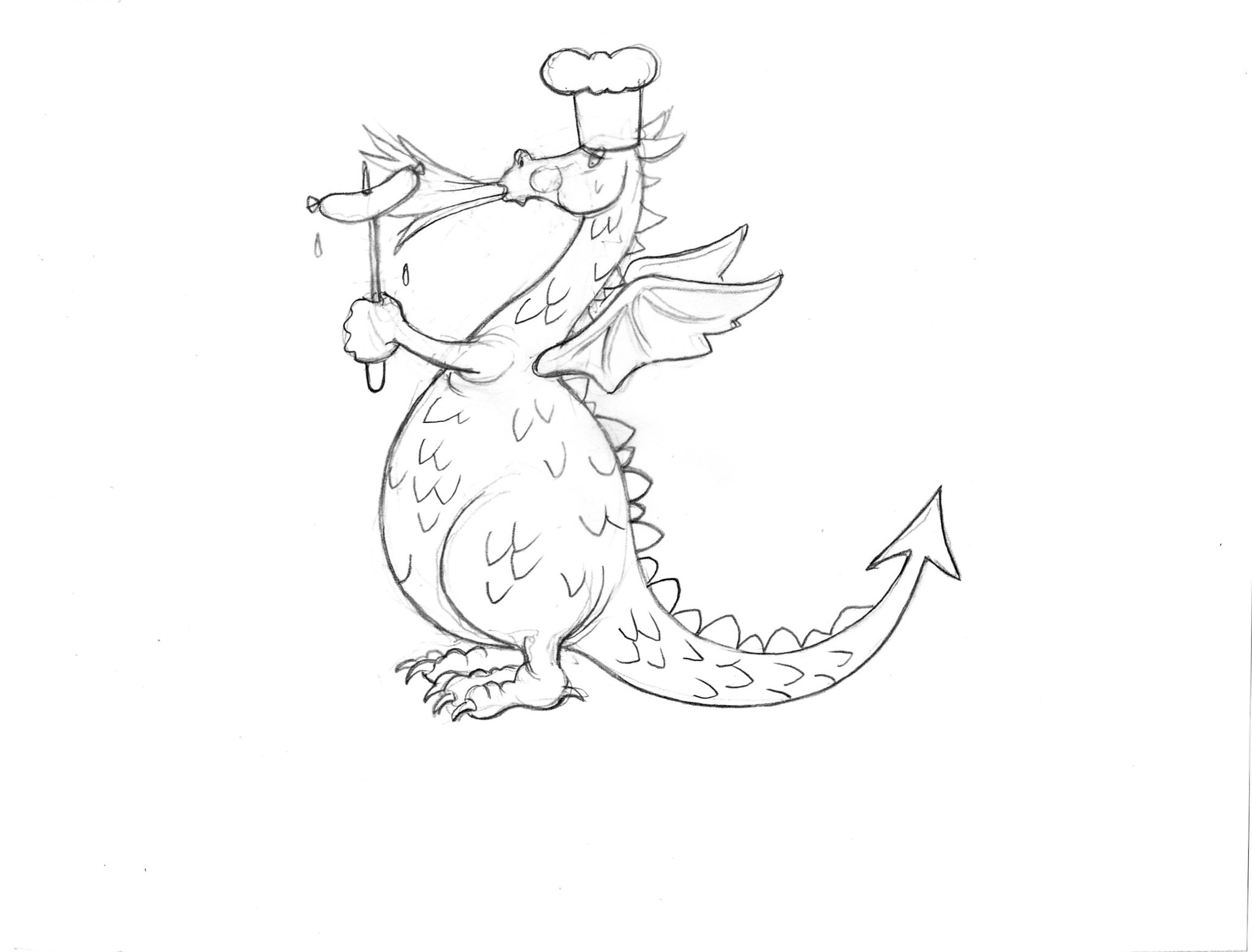 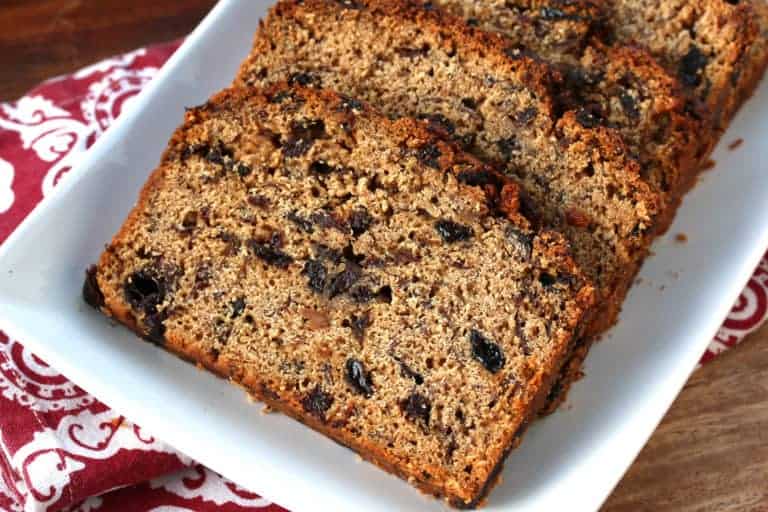 Mentioned in chapter 12, this Welsh staple sticks to your tummy, leaving a comfy feeling of fullness. It’s Bara Brith.

Contrary to misguided belief, there are no bunnies in this versatile savoury snack. It was a regular addition to high teas and our dining table after school. Try Welsh Rarebit. It’s simple and seriously yummy.

One of the components of the Welsh Rarebit dish I share is called Laverbread. And, no, it has nothing to do with bread at all. Here’s a recipe for this tangy seaside delicacy.

And if you’re visiting the Pembrokeshire coast on 14th April 2023, why not join the team at The Pembrokeshire Beach Food Company for a celebration of National Laverbread Day. Here’s the link to tell you more. 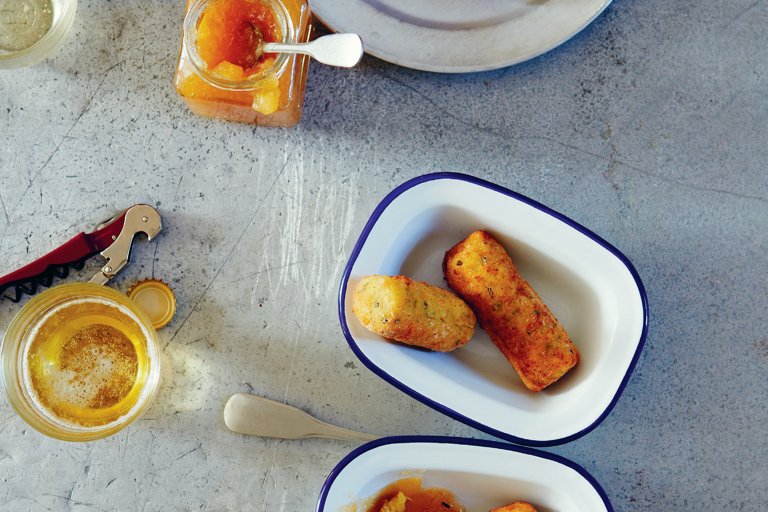 Like all countries, different Welsh regions have prized gastronomic specialities. If you love sausage, why not try the Glamorgan variety? As you’ll see, they’re a hit with vegetarians. 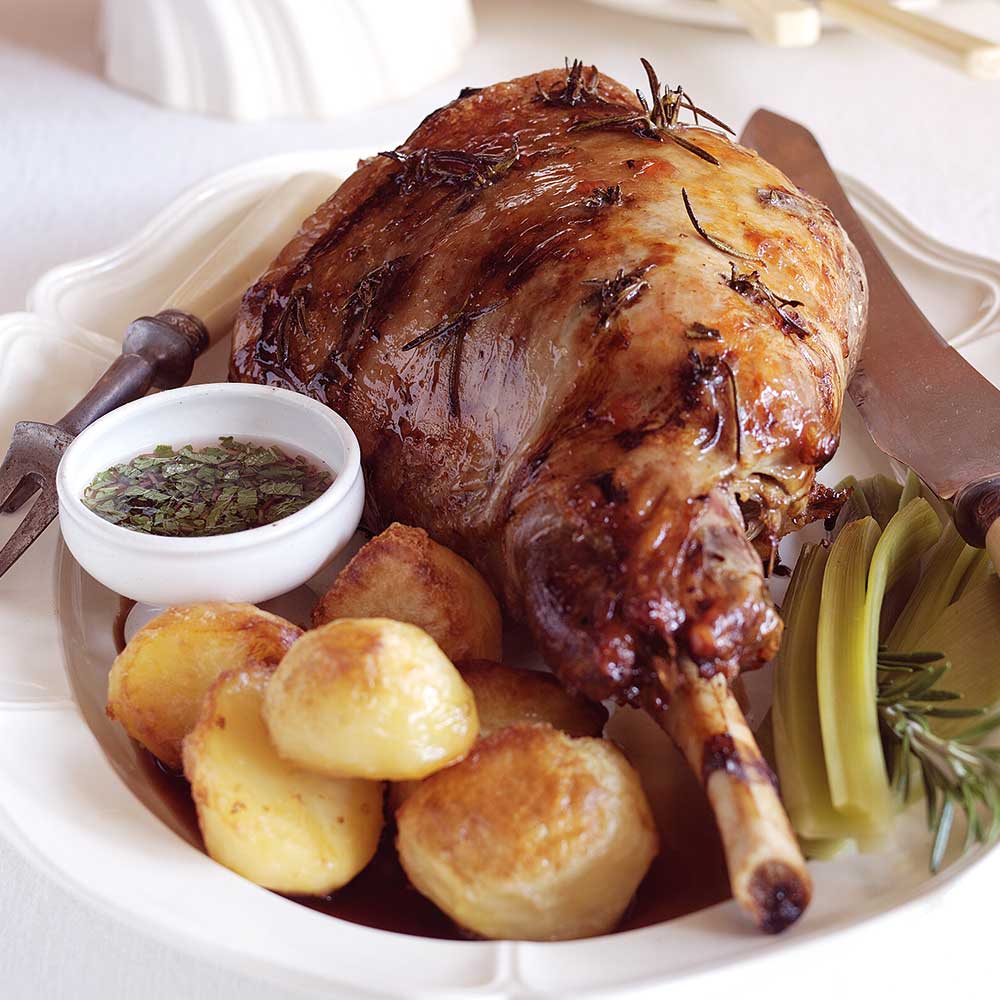 In chapter three, I mention Ma’s ‘legendary roasts’, and they were just that. As you might expect, lamb joints often starred at our table. Is it due to being reared in rain-cleansed fresh air, the succulent grass, or in some areas the salt marshes, that contributes to its unique flavours? It’s hard to say. But there is something extra special about this Welsh-produced meat. Here is a typical recipe for Roast Lamb. 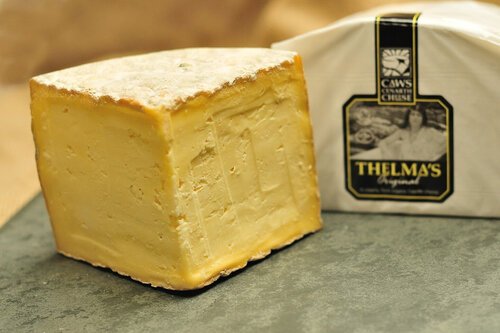 If there is a foodstuff almost universally loved, it is cheese, and it’s no different in Wales.
One of our famed cheeses is the classic Caerffili, and the one produced by the renowned Caws Cenarth team is extra special. Feast your eyes on their complete range; it’s mouthwatering! 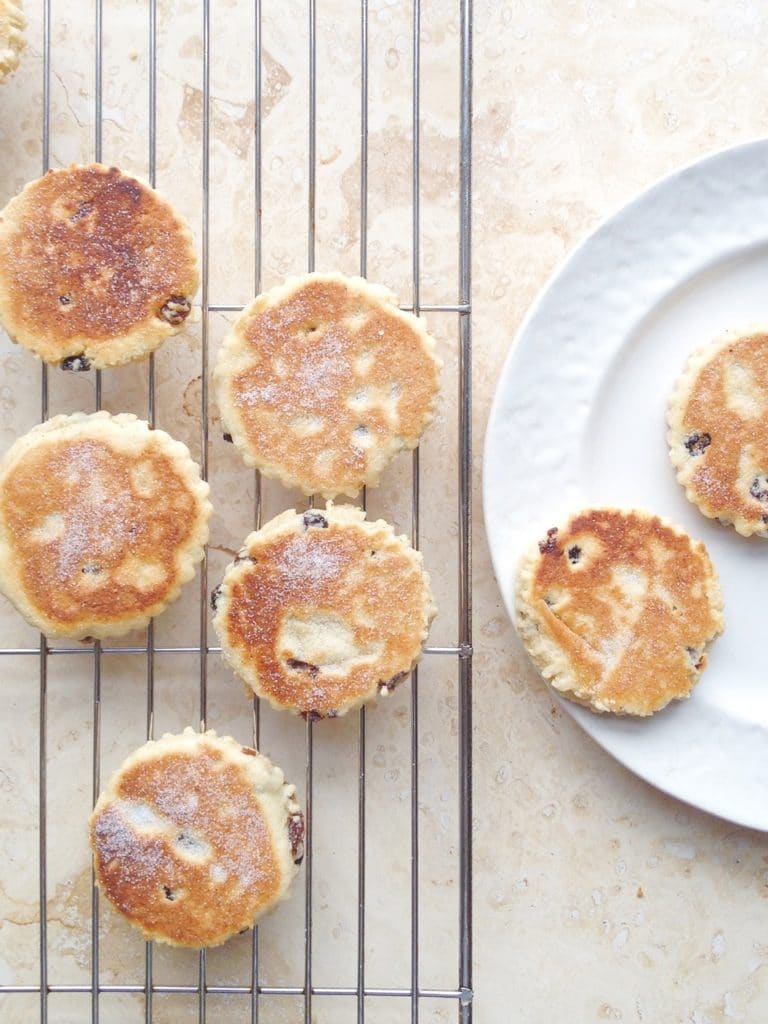 Ma let Di and I loose in the kitchen, creating this flour-based favourite. I can’t admit to our efforts being ever so successful, but correctly cooked, it’s hard to beat a Welsh Cake. 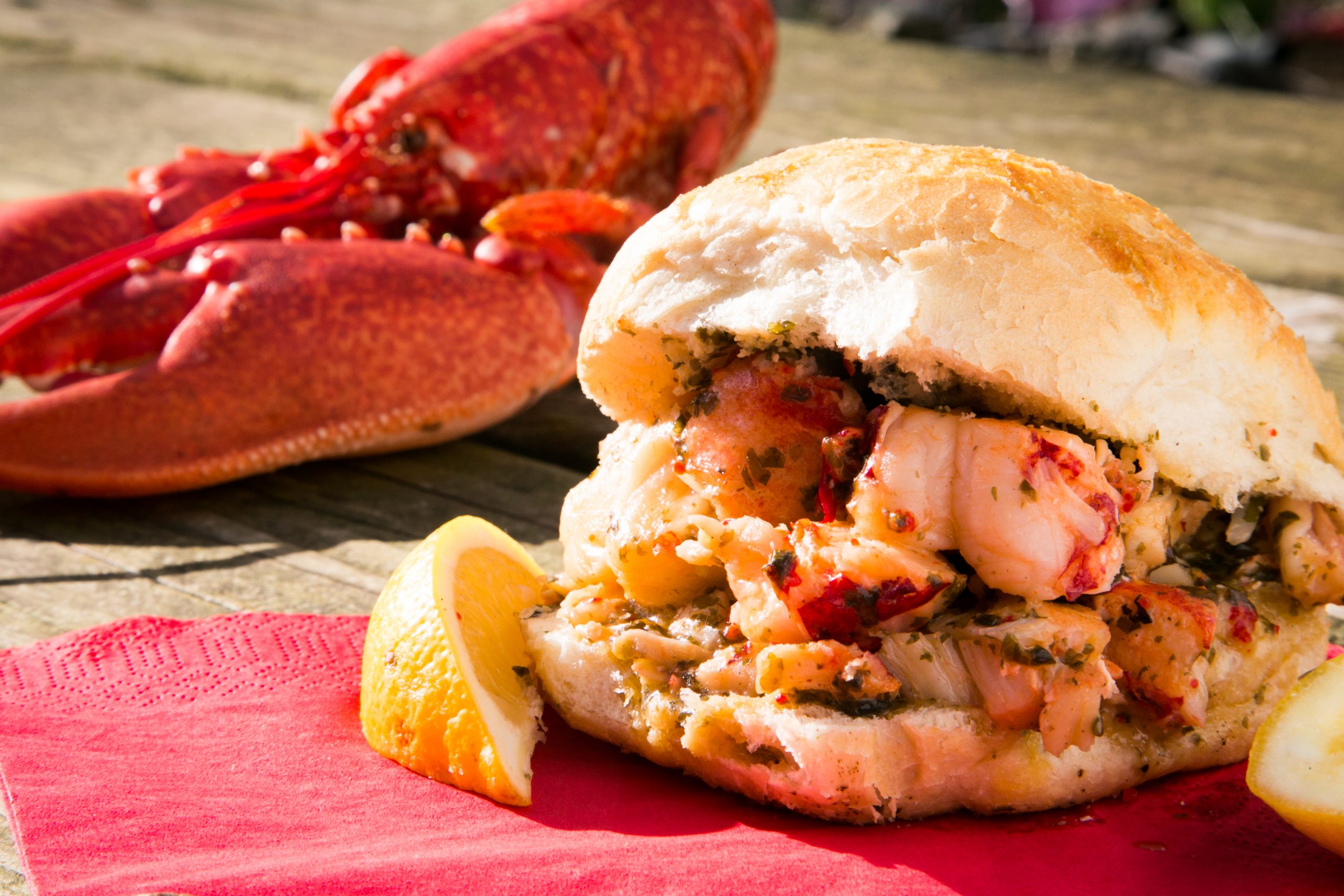 In chapter four, I recount the tale of a fishing trip on the Menai Strait. In addition to our
regular catches, we were sometimes treated to unbelievably sweet locally sourced lobster. Ma prepared it several different ways, but never in a roll. This delectable recipe for Lobster Roll with Welsh Seaweed Black Butter makes my mouth water. Take note. You’ll need to come
to Wales if you want the best seafood!

Read the recipe from BeachFood
This dish is served at their Cafe Mor outlet. Click HERE to find out more. 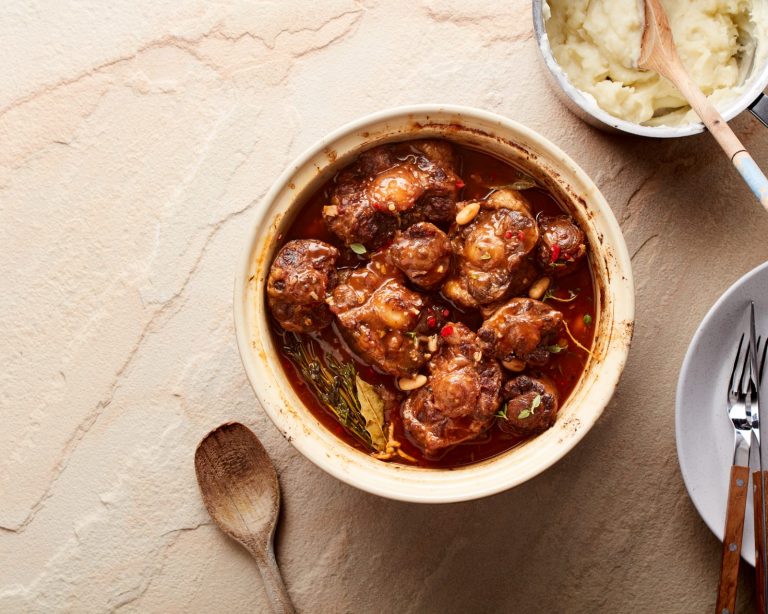 In chapter four, I describe the butcher’s shop we frequented in the village. As a child, the bag of oxtail bones Ma regularly bought may have looked weird, but the meal she produced with them was sensational.
Here’s a super recipe for Welsh Beef Oxtail Stew from Eat Welsh Lamb and Welsh Beef – I’ve tried it, and it’s every bit as good. No introduction to Welsh cuisine would be complete without a mention of leeks. Actually, you’ll find they have already sneaked into a couple of the dishes above. Before I offer a recipe, let me share the significance of this venerable legume. Wales being Wales, as you’ll find, its history is rooted in myths.

Please note: “Read more” goes to the M&S recipe, while the image is credited to Sylvie at Roaming Taste. 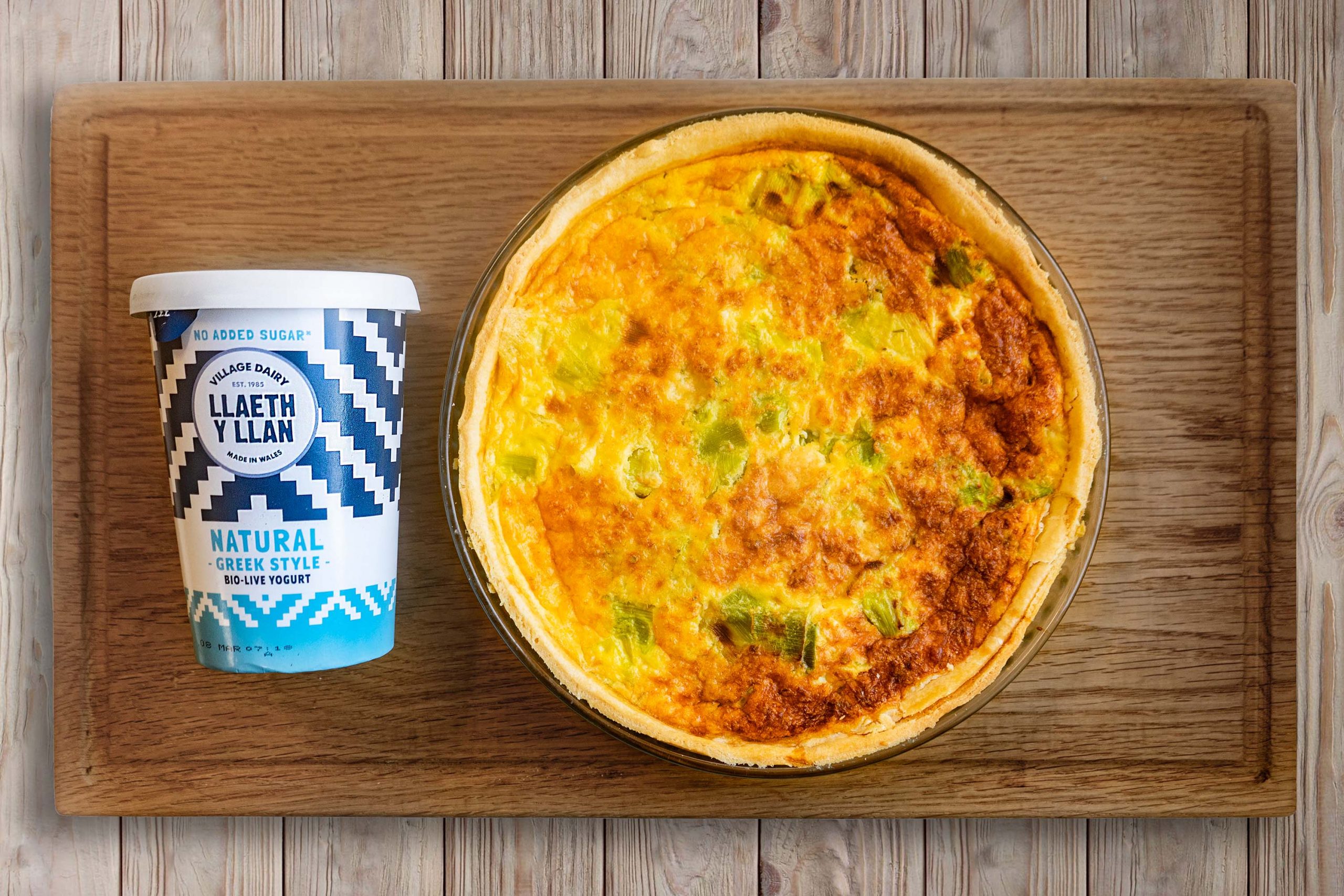 If you love cheese, you’re in for a treat. This recipe, which pays homage to two Welsh favourites, is easy to make and delicious. Try your hand with Leek and Caerphilly Cheese Tart.

This meaty dish is named after Merthyr Tydfil, a town in South Wales with a history steeped in the iron and steel industry. Called Merthyr Pie, this version is offered by (Beth – this needs editing once you have a source confirmed) 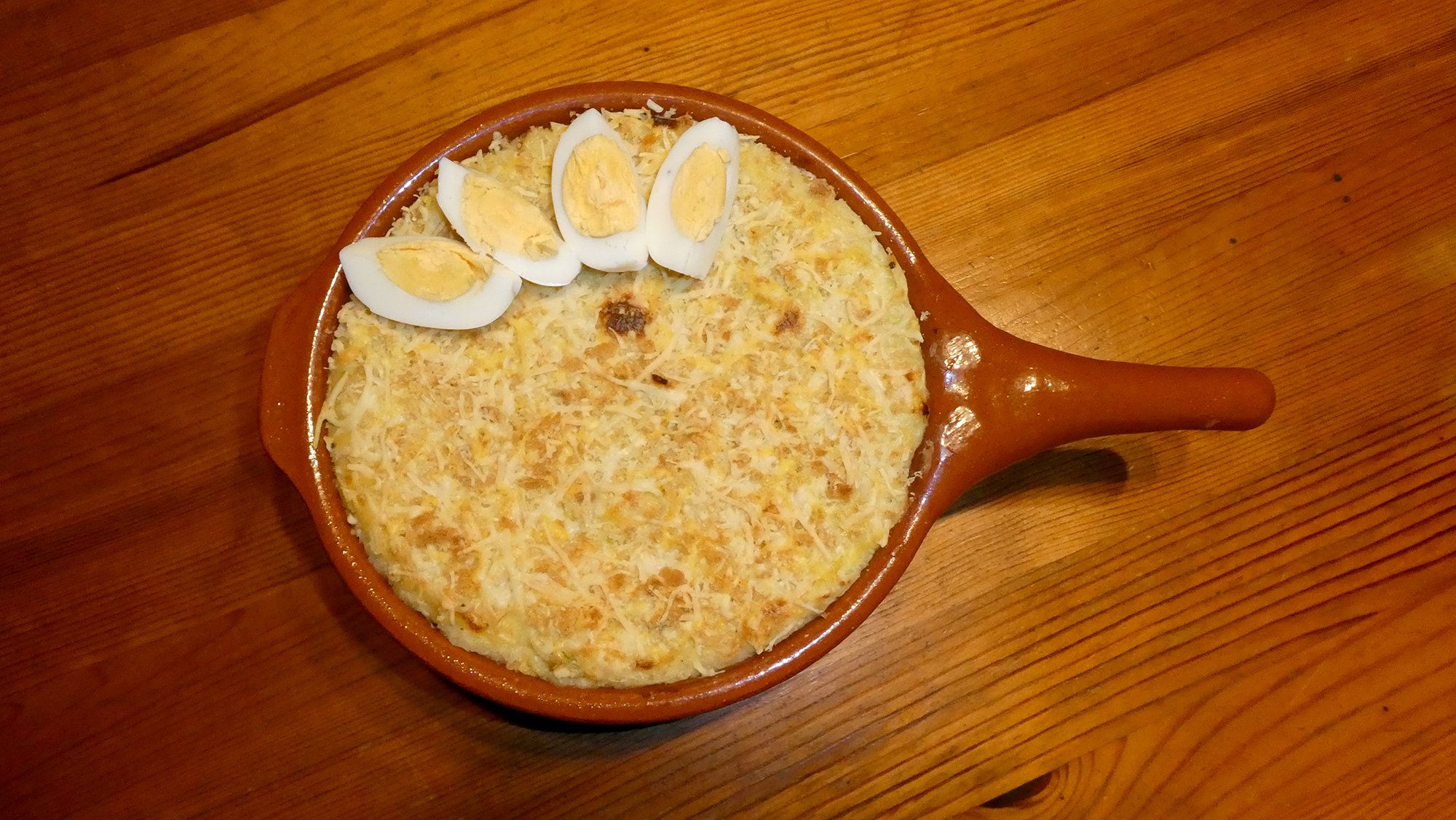 I first introduce you to Anglesey in chapter three, the island that plays a central part in my story. It boasts many taste bud-tantalising dishes, Anglesey Eggs being one. 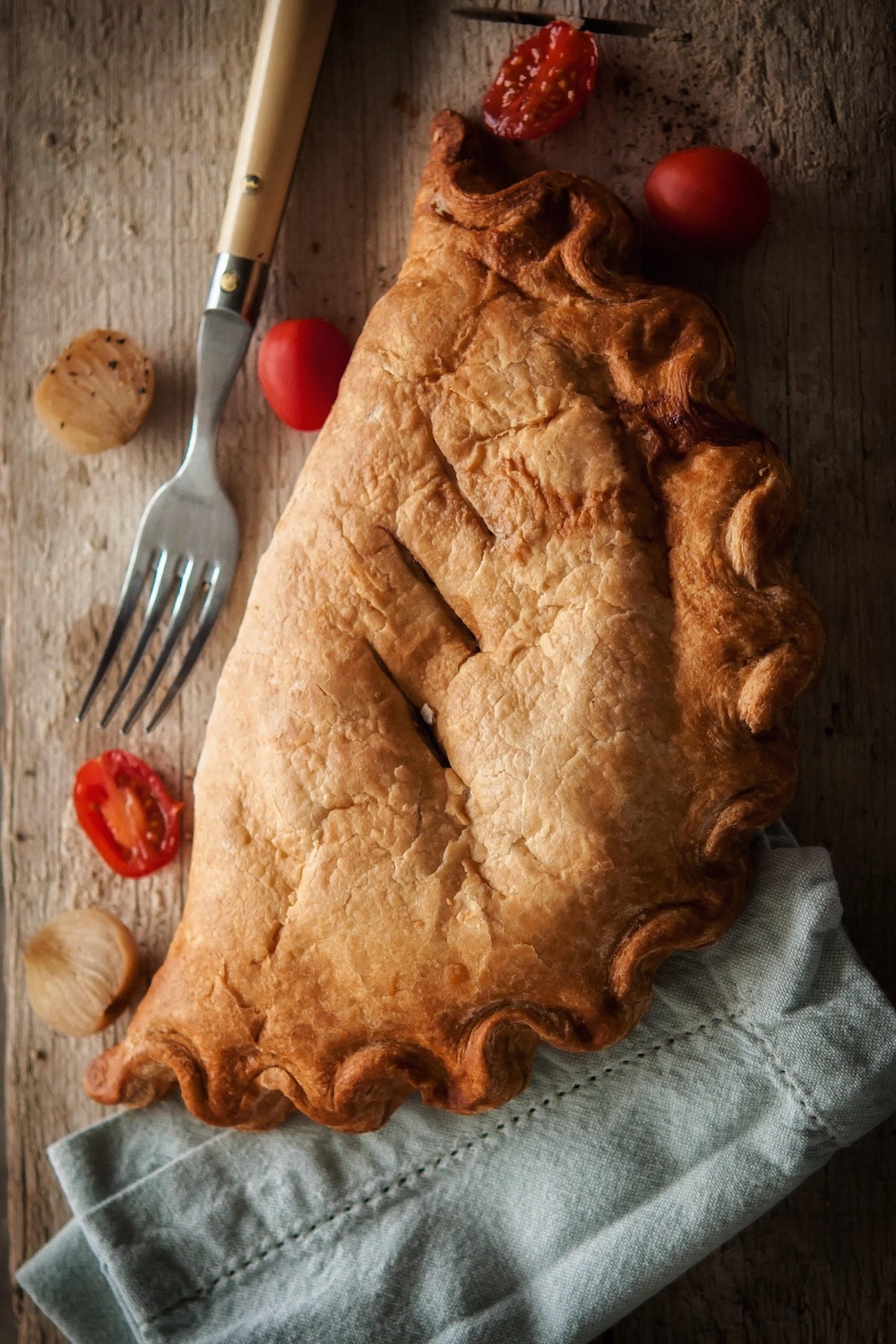 If you thought it was the Cornish who cornered the market on the pasty, think again. Here’s a foodstuff that kept colliers going down the mines. It’s called Welsh Oggie, and this link gives you a recipe together with a theory on that famed Welsh chant, ‘Oggie, oggie, oggie!’ – ‘Oi, oi, oi!’. 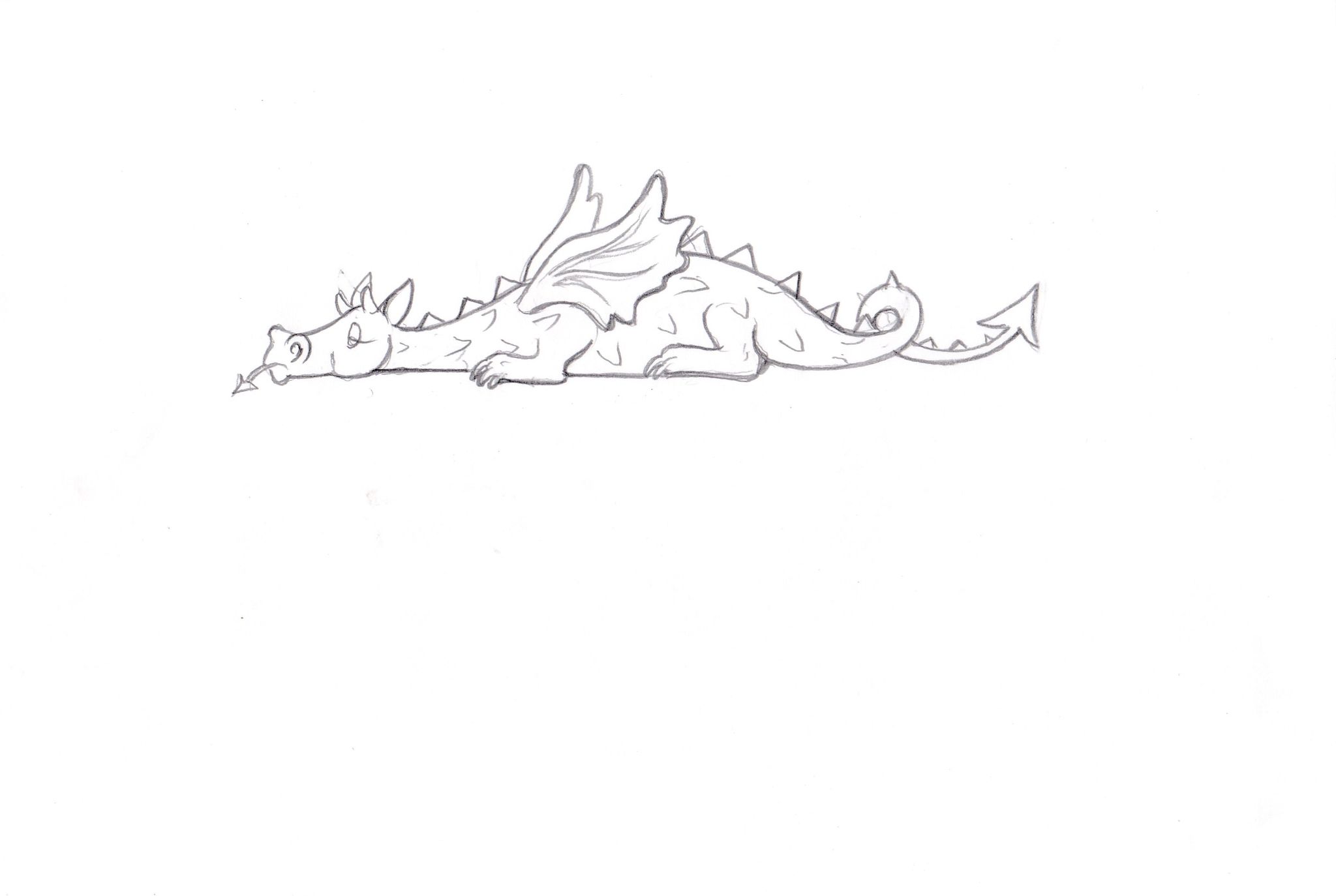