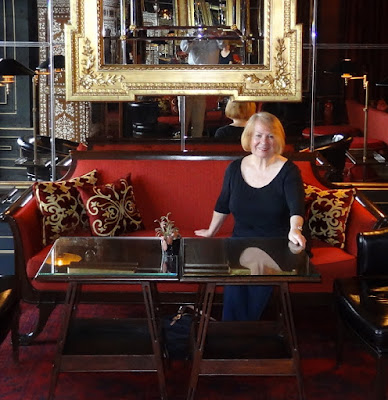 I have admired this author’s work for a long time. Her writing is fluid, well researched and hugely entertaining. With that combination of skilled artistry, you can imagine how excited I was when she accepted the invitation to appear on my blog. Without further ado, I have great pleasure in introducing Kathryn Gauci, prizewinning author and all-around super lady. I’m certain that once you’ve read this you’ll become as hooked on her books as I am.
Thank you for hosting me on your blog, Beth. It’s a pleasure to be with you. I began writing about ten years ago after a long career in textile design. I really enjoyed my work. It was exciting and took me to all parts of the world. After over thirty years in the industry – the last fifteen which were spent running my own textile design studio in Melbourne – I felt I needed a sea change, yet still wanted to do something creative. As a designer, part of my work was to put out trend directions for clients. This necessitated transporting the client into another world through images, colours, and of course, words. My clients often commented on how I had taken them on a journey which they were immediately immersed in. That was the point when I thought I could take this further. It was a leap into the unknown, but I’m glad I did it. 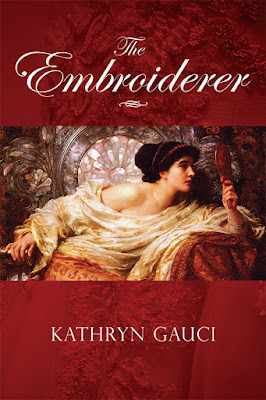 The Greek Connection
Taking on the mantra of write what you know, my first book, The Embroiderer, did just that. Before settling down in Australia, I worked in Vienna and Athens. I was in Greece for six years during the seventies working as a carpet designer. The Embroiderer is the result of everything I came to know and love about Greece and its history. Naturally, an appreciation of Greek culture and history cannot be understood without knowledge of Turkish history, as Greece was a part of the Ottoman Empire from 1453 until 1913, although a part of Greece gained independence earlier in 1829. As a designer, I also love the Turkish arts and their history. I have travelled widely in Turkey and Istanbul is one of my favourite cities – so many layers of history. Naturally, combining all this was the place to start and not an easy thing to do, but it had all the ingredients I wanted – a love of history, travel, food, art and textiles. All this, spiced up with a plot around superstition, treachery, and of course a good sprinkling of romance, is what The Embroiderer entails. It is an epic set against the crumbling Ottoman Empire in 1822 until the Nazi invasion of Greece in 1941, with a shorter modern day beginning and ending set in 1972. It is all based on fact. The Embroiderer was also taken up by a Greek publisher and translated into Greek. 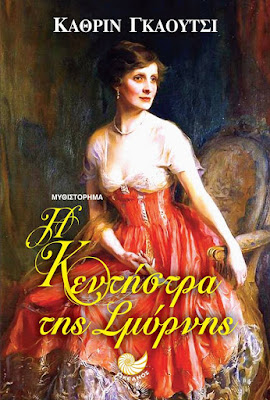 Continuing the Greek theme, I decided to write two more books, this time novellas expanding on my Asia Minor theme. Next came Seraphina’s Song, a Greek tragedy set in the slums of Piraeus in the 1930’s. It is the story of Dionysos Mavroulis, a man who has hit rock bottom and picks himself up again by learning to play the bouzouki. In doing so, he falls in love with Seraphina – the singer with the voice of a nightingale – who he meets at a local taverna. But Seraphina is under the influence of the boss of the underworld and he would never let her go. In order to win her for himself, Dionysos sets out to become the finest bouzouki player of the day. But all does not go according to plan. Seraphina’s Song has also been taken up by the Greek publisher. 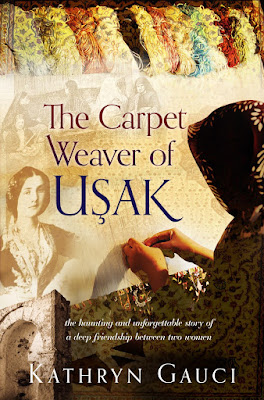 My latest in the Asia Minor theme is another case of write what you know. The Carpet Weaver of Usak brings in my knowledge of carpet weaving and history. Set between 1914-22, amidst the timeless landscape and remote villages of Anatolia, it is the haunting and unforgettable story of a deep friendship between two women, one Greek Orthodox, the other a Muslim Turk: a friendship that transcends an atmosphere of mistrust, fear and ultimate collapse, long after the wars have ended. In 1914, the tentacles of The Great War threaten to envelop the Ottoman Empire, Uşak, the centre of the centuries-old carpet weaving industry in Turkey, prepares for war. Carpet orders are cancelled and the villagers whose lives depend on weaving, have no idea of the devastating impact the war will have on their lives. In 1919, in the aftermath of the war, the tenuous peace is further destabilized when the Greek army lands in Smyrna and quickly fans out into the hinterland. Three years later, the population of Stavrodromi and Pınarbaşı are forced to take sides. Loyalties and friendships that existed for generations are now irrevocably torn apart. Their world has changed forever.
The French Connection.
This really touches on my love of writing WWII stories. I have always had a thing for this era. It started off as a young child growing up in England after the war listening to Glenn Miller and other music of the war years, together with the films made about the war – Casablanca and The Third Man. When I went to work in Vienna in the early seventies, Vienna still had a little of the feel of The Third Man – areas were still being rebuilt after the bombing and there was still an undercurrent of the war. It never left me. Working in the studio, my fellow designers told me stories from a Viennese perspective. The company where I worked as a carpet designer was located in what had been the Russian sector and one of the older designers fought at Stalingrad. 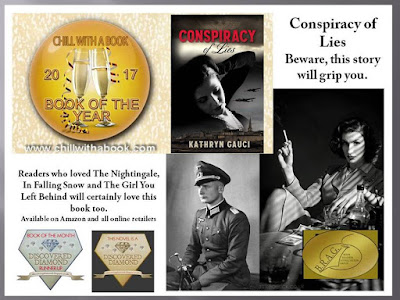 When I decided to write my first WWII novel, I chose to set it in Brittany and Paris rather than Austria. I have been there many times and read so much about it under Nazi occupation. The setting combined my love of travel and history. The result of all this research was Conspiracy of Lies and I am proud to say it has won several prestigious awards, including the Book of the Year Award 2017 from Chill With A Book. Conspiracy of Lies is part historical, part thriller, and part romance. The protagonist, Claire Bouchard, is a composite of the real-life heroines who served behind enemy lines. She is both tough and vulnerable at the same time. This will be available in Greek later this year – 2019. 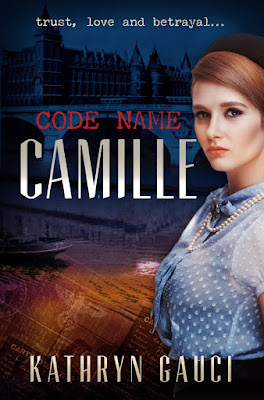 The second book, is another novella – Code Name Camille – which I wrote for The Darkest Hour Anthology: WWII Tales of Resistance with nine other award winning WWII authors. The setting is Paris.  When the Germans invade France, twenty-one-year-old Nathalie Fontaine is living a quiet life in rural South-West France. She heads to Paris and joins the Resistance, but a chance encounter with a stranger exposes a traitor in their midst who threatens to bring down the entire network. Here again, I bring out my love of art too. With this story, I wanted to take the reader on a journey to the Paris we have all come to know – the bridges of the Seine, the architecture, the artists in Montmartre, and the haute couture world of the Rue du Faubourg Saint-Honoré. The royalties for The Darkest Hour Anthology are being donated to The United States Holocaust Memorial in Washington. To date we have surpassed 7,000 sales and it is N0. 1 Bestseller on Amazon in Historical Fiction Anthology and has hit the best seller list of USAToday.
If I had to say anything about my writing it would be that first and foremost, I want my reader to be taken on a journey – one they never expected to go on. 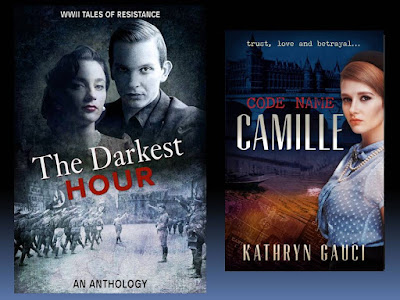 And I must be in love with the subject. If I am not, how can I expect readers to fall in love with it? It’s a busy life. There is so much reading and research to be done, but I enjoy it all. You never know where it will take you next.
Thank you so much for allowing me to tell you about my stories and give you a glimpse into my writing journey, Beth. I’ve enjoyed it very much.
All books are available through Amazon and online retailers.
Website: http://www.kathryngauci.com/?fbclid=IwAR3GCm55ZBA1_BzZbEslydGo_HN8RgVqLi1VfnpNSKnZHV9MNwRFhsDU4Gk
Facebook author page
https://www.facebook.com/KGauciAuthor/
The Darkest Hour Anthology website:
https://thedarkesthouranthology.com/
Twitter:
@KathrynGauci
Instagram:
https://www.instagram.com/kathryngauci
Linkedin:
https://www.linkedin.com/in/kathryn-gauci-409a638b/
To follow me on BookBub:
https://www.bookbub.com/authors/kathryn-gauci 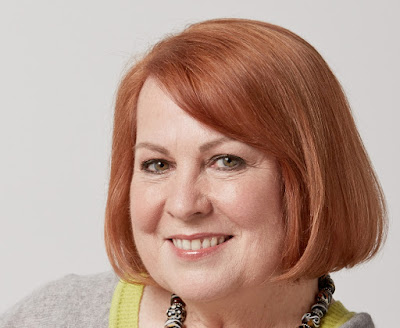