We live in a rural part of France, which has lots of benefits and a couple of challenges. Shopping, for example. With nothing close-by, it’s a drive to the nearest store. Mind you, we are lucky enough to have a tiny epicerie (grocery) and pocket-sized post office in a village near us. It was the latter I needed.

Last week, I carefully wrapped several parcels to be sent overseas. Easy, I thought, I’ll use the village post office. It may rate as reasonably junior in the ranks of French bureaucratic officialdom, but the lady in charge is deadly earnest and a stickler with forms, a must in our parts. 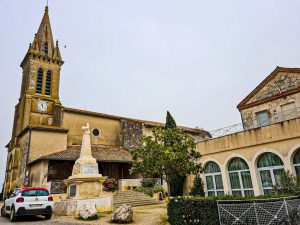 I walked into an empty waiting area. This complied nicely with Covid regulations since it’s a squash when three people are present. Confident of a short, efficient visit, I walked over to the sanitising gel bottle, hailing madame at the same time. I held one hand beneath the spout and pumped the top with the other.

Out squirted the liquid straight into my eye.

Madame gave me a harassed look, tapped her biro on the desk and motioned for me to take the step and a half to the counter. Half-blind with sticky gunge welded to my contact lens, I fumbled in my bag and produced a package. For some reason, this had a startling effect on madame.

In my state of reduced vision, I wondered whether I’d inadvertently produced something horribly inappropriate. Happily not. Evidently, it needed some qualification.

“It’s a parcel, Madame. It has to go to Australia.”

Another curious question. This time, assuming my mask-impaired faltering French was to blame. I had another go. Madame looked thoughtful.

“Well, I haven’t done one of those before.”

“Don’t worry. I can always take it to the main post office.”

“Thank you. I also have three others to send.”

Madame glared at the clock and back at me.

“But what about my La Dépêche?” 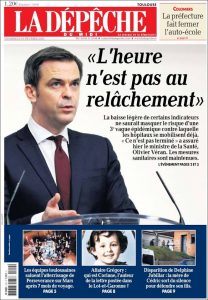 Obviously, I was supposed to know exactly what she meant by this reference to the local newspaper. It was 11:05 am, and everything here closes at midday, sharp. Madameeither had a bulk delivery to make or wanted to pick up her personal copy from the epicerie next door. There seemed ample time for both eventualities.

“Is there anything I can do to help?”

“Thank you. Oh, and my husband has already completed the documents for sending each parcel overseas, so they should be easy to process.”

I handed over the first pre-addressed, barcoded parcel together with three accompanying documents. Madamescrutinised the sheaf of papers, scrunched up her nose and glanced at her desk. It was lined with pigeon holes each containing a pile of unique address labels. Tempted, she selected an extra thick one.

“Yours are no good. You must fill in this document for Australia.”

I looked at the envelope-sized document, which seemed remarkably similar to the one already stuck on my parcel, except it was in triplicate.

“Jack, that’s my husband, did use the La Poste website, Madame, it looked correct. If I use yours, the barcodes will be different.”

Madame shrugged, picked up her electronic wand and swished the barcodes.

“Have you pre-paid?” she asked, examining the data on her screen.

“Possibly. Anyway, never mind. Fill in all these boxes and tell me the weight.”

The weight wasn’t a problem since it was sitting on her scales, but completing several boxes did take a while, mostly since I was still partially sighted. Once done, the parcel was processed, and I was given one of my original forms back plus two extras. Great. 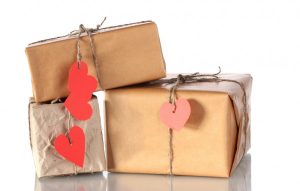 Now for the other three packages. They were for the UK, which I assumed would be a breeze. Wrong.

I stuck the first on the scales. Madame grabbed it and started tapping away on her computer keyboard. Screen after screen flew by as she scanned whatever it was she was searching for. I asked if there was anything else she needed.

“Don’t tell me. Now, I knowthere’s another name for it. I just have to find it here.”

I was dying to help her out, but it was no good. Madame was on a linguistic mission.

“Ahah! I have it. The other name is Grand Bretagne. We must use two more forms.”

Another one of the time-saving labels carefully prepared by Jack was jettisoned.

“Do we really need them all, Madame? That will make three, and I’m not sure there’s enough room on the parcel.”

“Yes, of course! Fill in the boxes and tell me the weight of the parcel, please, and then do the same with the rest.”

Madame handed me a fistful of new, envelope-sized forms. With a still-runny eye, I dutifully muddled through and handed over the first set.

“Goodness, one of these is in quadruplicate. They’re rare these days, Madame,” I chortled.

Evidently not. The cold stare said it all.

I watched, fascinated, as madame somehow managed to stick each of the new documents (one of which had to go in a plastic sleeve) onto the parcel. There wasn’t a millimetre of packaging visible once she’d finished. She glanced at the clock. I remembered her complicated La Depecheworries and asked if she would like to sort out the other two parcels another day. 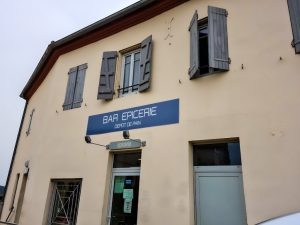 Mercifully, the third parcel was sorted relatively quickly, so I felt that we’d cracked it. We had almost finished the final one when madame gasped.

I had no idea what she was talking about. After our trials, it could have meant anything.

“Yes, of course. Do you have some in this parcel?”

“You must have,” she said, giving the box a rattle. “Look, here is a picture of batteries on the packaging. This could be a problem. We will have to fill in another form for batteries.”

I swear there was a gleeful glint in madame’s eye as she thrust her hand into yet another pigeon hole.

“Ah, I see. Actually, I re-used an old box. There are no batteries, I promise, definitely nobatteries at all.”

Momentarily vanquished,madame replaced her battery form and dug out a fat felt tip instead. This, she used to slash crosses all over the battery image. She then cemented her sticky envelope over the top and stuffed in one of her forms together with two of Jack’s.

We had done it. It was 11:55 am, just enough time for her to nip next door to complete her La Depeche business. Still a bit blinky, I thanked our postmistress once more.

“I’m very sorry to have caused you so much trouble today, Madame.”

“Do not worry. We managed in the end. But next time, tell your husband not to waste paper by printing documents from the La Poste website. Here, in my post office, the forms are much better!”

I’ll admit I left with very little confidence that my parcels would reach their destinations. They were covered in stickers, random customs declarations and many barcodes, none of which matched.

How wrong I was.

Within the week, each of my Grand Bretagne-based friends confirmed receipt of their parcels, and two days later, the package had reached Australia. I couldn’t believe it. On my way back from the weekly shop, I popped in to give madame the good news.

“I just wanted to thank you again for your help, Madame. Those forms were terrific after all,” I said, handing her a small gift of chocolates.

Uncharacteristically, madamecame over all of a flutter. Blushing, she coyly took the chocolates.

“It was nothing, no problem, I am here to help. I’m glad your friends have their parcels, and you’re right. My forms are essential!”

I left madame beaming behind her mask. There’s no doubt about it. The mistress of our rural pocket-sized La Poste does love her forms, and they definitely came good. I couldn’t have been more grateful for her help! 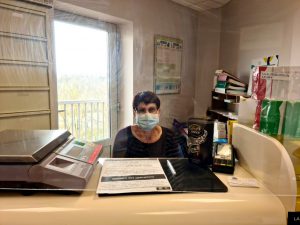